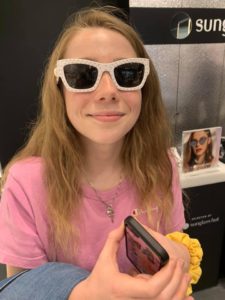 What my Daughter wrote –

When you’re young, you’re surrounded by people that impact you more than you understand at that moment; Whether the way their impacting you is positive or negative. My whole life I’ve been influenced by one person who taught me through their own mistakes, that your past doesn’t define you.
My father lost both his parents before the age of sixteen, and later enlisted in the marines, where he fought overseas in the Gulf War at age eighteen. He moved to Houston after the war, where he tried to finish college but instead after a series of odd jobs became a Houston Police Officer. Soon after, he met my mother. They married and had my brother and me. After I was born my father resigned from his Police Officer position and followed his dream to become a real estate agent. He wanted to have more time for his family and have the potential to earn more money while being his own boss. In his real estate business he sells and rents houses as well as finds apartments that will take people who have past credit and background issues.
Whenever I was a young girl, my dad would take me with him when he had to show a client an apartment. I believe seeing him work for our family and be successful at it while knowing about how much he had overcome, made me a “work hard no matter the outcome” type of kid. He taught me, from his life story to his workaholic personality, that I can do anything no matter my circumstances.
I learned that your past doesn’t define you from my dad. He’s influenced me in a positive way. Defining the way I go about every situation whether it be beating a tough team in basketball, finishing all my class work, or finding a solution to a problem in Girl Scouts. My father’s work ethic has taught me to continually work hard to read my goals no matter what the obstacle. 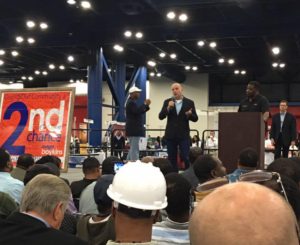 Former Police Officer – A Video of the Cop Days